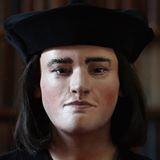 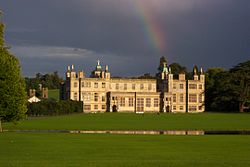 The present house at Audley End is, like Hatfield House, a seventeenth century building on the site of an earlier structure. In particular, Walden Abbey was here until the Dissolution in 1538 and passed to Sir Thomas Audley, Town Clerk of Colchester, Speaker and later Lord Chancellor, as a result, much as St. John’s Abbey became a Lucas residence. 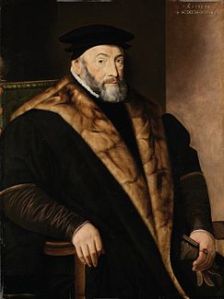 This Sir Thomas was not related to the Lancastrian Lords Audley (Tuchet), the seventh of whom was attainted and executed in 1497 after the First Cornish Rebellion, but whose title remains, albeit in abeyance, however he presided over treason cases such as Fisher and More, Anne Boleyn et al, the Pilgrimage of Grace, Montague-Exeter and Thomas Cromwell.

After his death in 1544, the widowed 4th Duke of Norfolk married Margaret, his daughter, so that their son, Lord Thomas Howard, was created Lord Audley de Walden in 1597 and Earl of Suffolk in 1603, also being the custodian of Framlingham Castle. Audley End House as we know it was constructed soon after this, before his 1619 arrest and brief Tower incarceration.

Like Hatfield, Audley End is best visited from our region by travelling west to Cambridge to join the southbound Birmingham-Stansted line. Unlike Hatfield, whose driveway is immediately opposite the station, Audley End House is a mile and a quarter away from its eponymous station, such that a bus runs to Saffron Walden. Both house and garden are open between April and October, from Wednesday to Sunday, although the garden, partially designed by Brown and Adam, is open all year.